The 45th Street Rod Nationals South was held May 3-5, 2019, at Chilhowee Park in Knoxville, Tennessee.  I drove my 1937 Packard to Knoxville on Thursday, May 2, went to the headquarters hotel, picked up the registration packet, washed the bugs and grime off the Packard, drove back to Strawberry Plains and checked in at our motel.

Friday morning I arrived at Chilhowee Park early to claim a parking spot on the hill under shade trees.  Several of the Packard Street Rod Association members had arrived and we all parked as a group.  Tom Brown from Woodstock, GA, parked with our group, laid back his convertible top and headed out to tour the grounds and shop.  Within an hour he was back at his car putting the top up as the skies darkened and the rain began.

By 2:00, time for our PSRA meeting, the sky had cleared and we had seven Packards and nine PSRA members.  After a lot of “car talk” we entertained the idea of ordering shirts (tee, polo or dress) with the PSRA logo embroidered on them.  Gail Corenblum agreed to research possible options for shirts.  Gail and Stuart had driven their 1939 Packard sedan from North Miami, Florida, 900 miles.

On Sunday, Wayne & Peggy Hamilton’s beautiful champagne beige 1936 Packard coupe was among the Award Winners with the Chilhowee Pick.  The Hamiltons’ coupe was pictured in the July issue of Streetscene, and if you look carefully, you will see Tom Brown at the safety inspection. 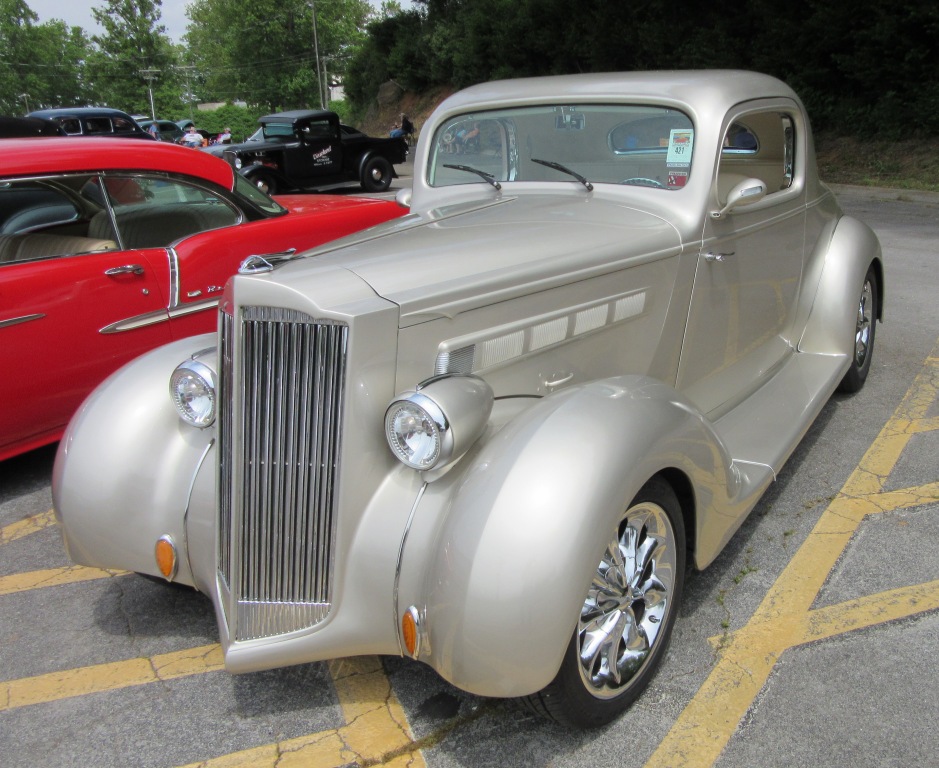 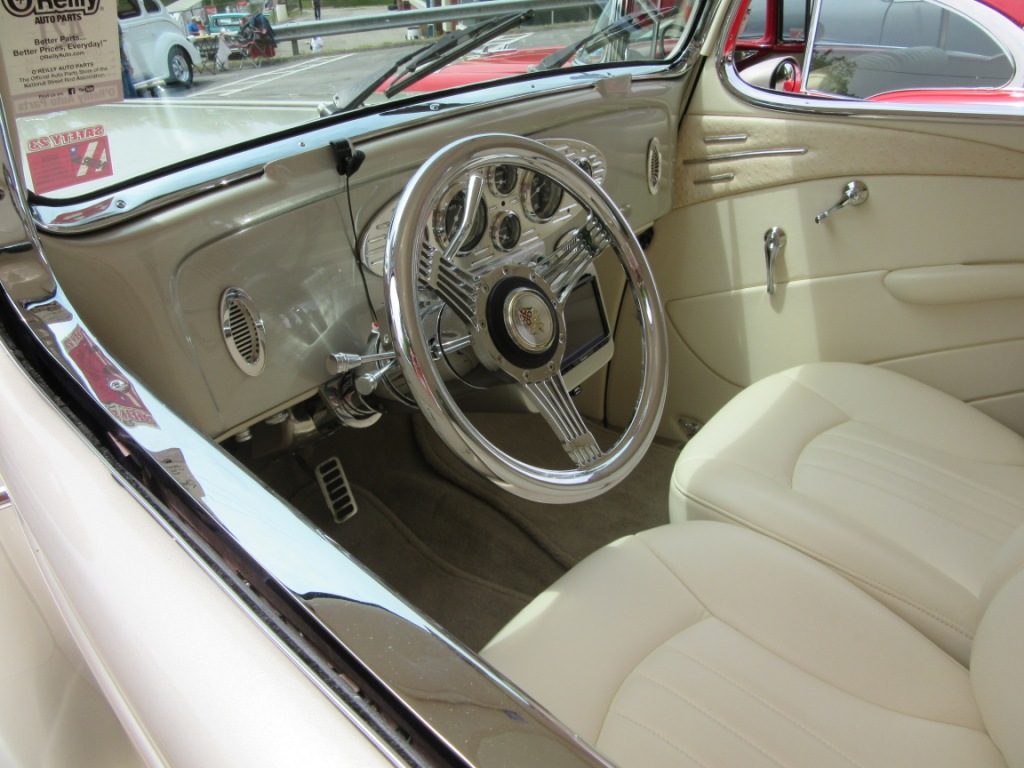